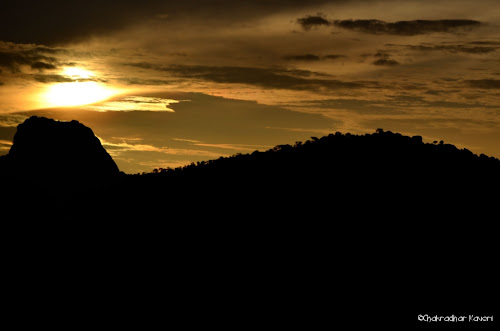 Last weekend, I had been to Tirupati along with my friends for Lord Venkateshwara darshan. The overcrowded temple made us wait in the cellar for 10 long hours which was first time experience for me. After the darshan, while coming back to Bangalore, we decided to trek in the Talakona forest. 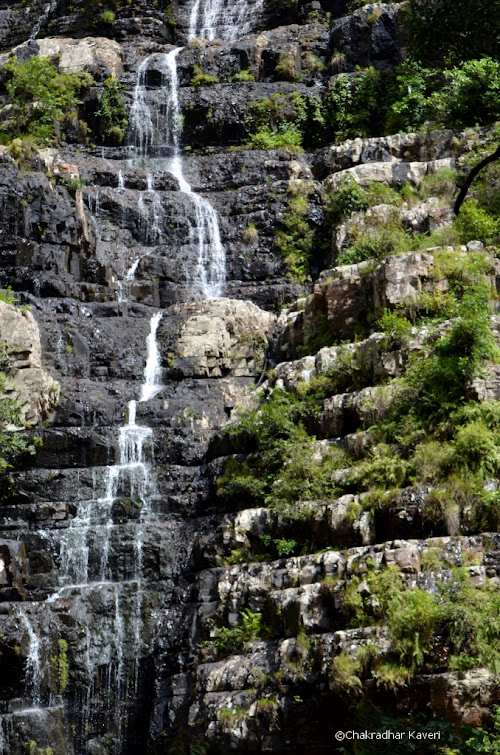 Around 50 kms from Tirupati, Talakona is located near a village called Nerabailu in Chittoor district. This place is famous for the waterfalls which is considered as the highest in Andhra Pradesh. It is believed that this water has some unique healing properties as the forest is rich in medicinal herbs. There was one lady selling some seeds and claims that if those seeds are boiled and applied to joints, arthritis would be cured completely. We explored the forest near the waterfalls and were overwhelmed with the greenery and landscapes. 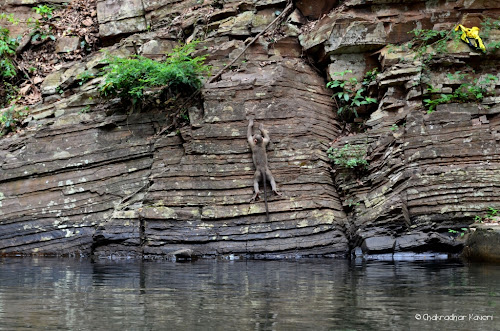 At the foot of the waterfall, there were hundreds of monkeys trying to prove that the place was invaded by them. They were the craziest monkeys I have ever seen, trying to perform circus and attract visitor's attention while the other monkeys surrounded the person and attacked to grab food items. Yes, that's their strategy. I saw one monkey which was trying to be Tom Cruise performing MI stunts. 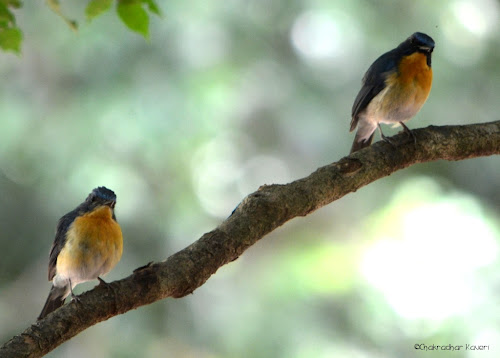 There are also few cute birds in this place but I couldn't find much as it was already noon. However, the spot where water falls from the hill is next to paradise. I've never seen water falling from such an altitude before. No one knows the origin of the water as it is very difficult to trace. There is one famous temple at foot of the waterfalls called Sri Siddeshwara swamy temple which attracts many devotees during Mahashivaratri festival.

There is also a 250 meters canopy rope walk near the falls which gives a sense of adventure. We had to reach Bangalore by night and unwillingly said bye to this beautiful place.
andhra pradesh Birds chittoor hills Image Landscape monkey My Work nerabailu seshachalam talakona trekking water waterfalls 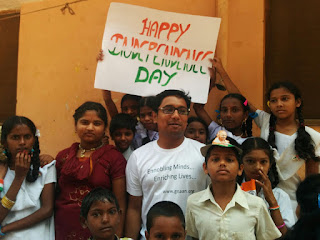 Days passed by like a blink of an eye. It is very weird to know that when you want to pass time, the clock doesn't tick. However, when you care damn about what's happening with life and just get engaged with some activities, you get old before the clock finishes its round. Yes, I am talking about how fast days passed without my notice. There were no posts recently and I was not updating my facebook status too. Sounds like I was isolated totally but hell no. I was more active than before and for those who wanted to know what kept me so busy, here it is. It was photography which kept me occupied for a long time and then some trips. But, where are all the pictures I took since three years now? Well, I have been only learning and not really publishing pictures. So, there is something which I want to share with everyone and I will make sure it doesn't bore you guys. Apart from photography, I have also been exploring life and started an NGO called Gnaan Foundation. This 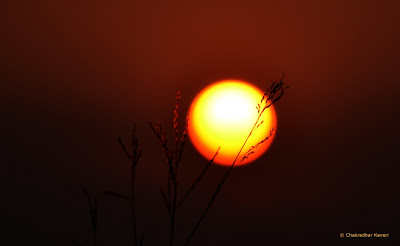 In order to place a satellite in an orbit, it takes scientists a great amount of patience, precision and perseverance. Forget about the invention of satellites, it is way too far for me to comment on that. There are huge developments in the capabilities of the satellites in the modern world. But the point is how can something be placed in space at a particular orbit and the object follows a definitive path. Yes, it is science and we have answers. We also know that a slightest deviation in the orbit path would lead the satellite to escape from the gravitational laws. And everything around us follow these rules so naturally and perfectly without any scientist. The smallest atoms to mighty galaxies, everything follows this orbital path and are constantly revolving. This is a wonderful creation around us. We just have to follow the protocols of nature and nature would take care of us.